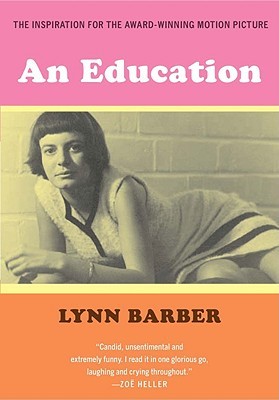 Yes–I’m writing this today because of Lone Scherfig’s lovely film. I saw it twice without knowing anything about the source material, or that Nick Hornby wrote the screenplay. Alas, it took a few more viewings before I googled the title and found that Hornby adapted his screenplay from a memoir of the same name by the English journalist, Lynn Barber.

Barber, who began her career at Penthouse magazine, went on to write for The Sunday Express, The Independent, and The Observer, with bylines in institutions such as Vanity Fair, The Sunday Times, and The Daily Telegraph. In addition to her memoir, Barber has published two books of interviews titled Mostly Men and Demon Barber (derived from her nickname as a deadly interviewer), a sex book titled How to Improve Your Man in Bed, and, interestingly, a survey of Victorian natural history writers titled The Heydey of Natural History–an ambitious feat, she admits in the memoir; one that took four years and extensive research to complete.

An Education is a slim volume that manages to span the length of Barber’s life via the medium of anecdotal vignettes. Each chapter highlights an important part of the author’s life, from her earliest years to her time at Oxford and Penthouse. We meet a dizzying array of notable figures who Barber interviewed over the course of her career, ranging from her first boss, Bob Guccione to Nick Nolte and scores of others.

Most of her stories are thoroughly entertaining and serve to highlight a golden era of journalism in which the boundaries of form were pushed beyond what had been seen and heard from previous generations. Barber certainly made a name for herself as a no-holds-barred sort of interviewer who pulled no punches when it came to getting to the heart of a narrative or profile.

She is unsentimental to the extreme. Nothing obfuscates her recollection of the past, and she is fairly open about her own shortcomings as a writer, a wife, a daughter, and a mother. For the greater portion of the memoir, such bluntness serves Barber well. But in the moments when she attempts to convey strong emotion–such as the events leading up to her husband’s death–she falters a bit. The strength of her plain dealing earlier in the book needs a softer hand towards the end, and I’m not sure she has the capacity to carry it off.

Fans of the Scherfig film will likely enjoy the memoir as a whole, but they might be surprised, as I was, to find that the source material on which the movie is based comes from just one chapter of the book. Silly me–I thought the entire memoir would be devoted to the Lynn (Jenny)/Simon (David) affair. Fortunately, the best details of the film are present in the memoir, and I found it amusing to see how they were adapted. But the complex relationship that develops between Barber and her parents is not something I think is properly conveyed.

Other than that, it’s a highly readable, funny and quick read for those looking for some light summer reading.